Cyprus is famous for its rich and multifaceted cultural heritage, which has absorbed the traditions of ancient civilizations and has survived in spite of modern trends. Due to the unique location, the culture of the island was formed over several centuries under the influence of the customs of the peoples of Africa, Asia and Europe. Each era has left its mark in the spiritual and cultural traditions.

Today, the culture of Cyprus has become a real-world treasure. In Cyprus, as the junction of various cultures and civilizations, you can find the remains of ancient settlements, Byzantine temples and monasteries, Venetian fortresses and castles of the crusaders, Greek temples and Turkish mosques, Gothic cathedrals and Roman villas. Guests of Cyprus should certainly see the sights of Nicosia and Limassol, visit the monasteries of Kykkos and Stavrovouni, wander around the ancient village of Lefkara and explore the catacombs of Holy Solomonia, look at the royal tombs and find yourself in the birthplace of Aphrodite.

Cypriots love to make noisy festivities, celebrating both religious and secular holidays with equal fun. Theatrical shows and performances are very popular here. In February, an oranges festival is celebrated in Famagusta, and in September, Limassol invites everyone to a wine festival. You can visit the spring festival of flowers or go to the festival of folk songs and dances in the mountains of Troodos. The doors of the island’s many museums are open to tourists from all over the world.

Business-like, organized, enterprising, but at the same time very open and cheerful — this is how you can briefly characterize the Cypriots. The character of the locals is like a mirror reflection of the island itself: hot and colorful. Only here, under the warm southern sun and surrounded by the gentle sea, under the influence of different cultures and customs, could such a contrasting mentality form. Locals are hardworking, but they have no equal in the ability to rest. They are hospitable and good-natured, but do not tolerate personal grievances. Every Cypriot is open to communication and is pleased to join the customs of other nations, but in general, the cultural foundations of a country with a long history remain unshakable.

Holidays and parties here are noisy and fun, but hot temperament never goes beyond what is permitted. Probably, in this combination lies the secret of the charm of the locals. Cypriots are very conservative with respect to family traditions. Patriarchal foundations, although gradually smoothed out under the influence of civilizational world processes, still remain dominant. The man here is the head of the family, but the household and social freedom of women is absolutely unlimited. The representatives of the fair sex study, work, are active in social activities, occupy leadership positions in large companies and in the civil service.

Family is of great importance to Cypriots. Young people are determined to marry once and for life. Family holidays are a large number of relatives and a huge number of treats. On average, urban families have two children.

The indigenous people of Cyprus are welcome to guests. It is unlikely that you will encounter a bad attitude or outright rudeness here, but you can fully appreciate the hospitality and openness of the Cypriots. Do not be surprised when barely familiar neighbors invite you to visit. Here, such communication is almost a tradition, and refusal can be regarded as disrespect. Caught in a quandary, you will not be left without the help of local residents. The good-natured Cypriots will gladly guide you and give you advice. And they do it sincerely and from the heart. 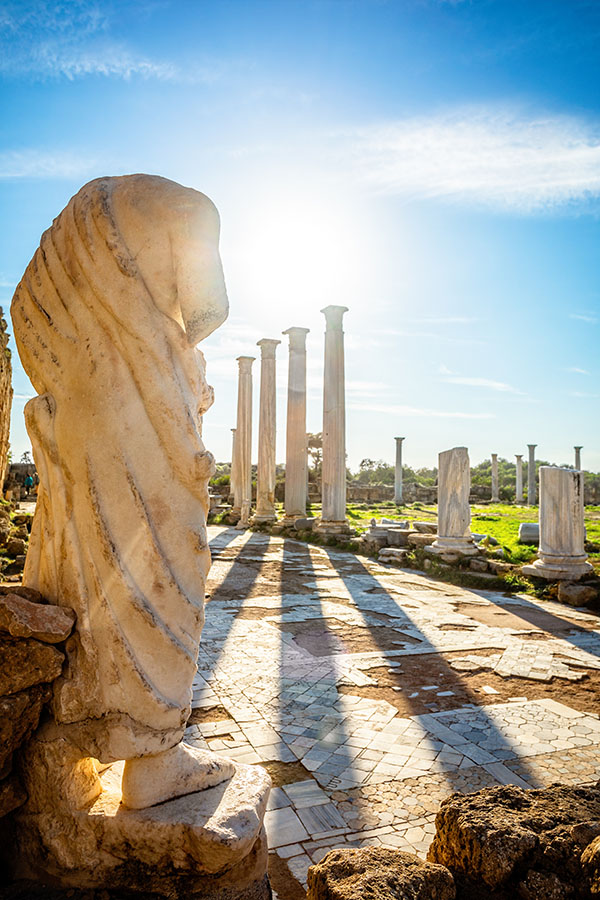